Caponnetto Hueber seals new partnership with Victory Marine for the Hydrodynamics and Foils engineering of the Racebird electric powerboat for E1 Series.

Caponnetto Hueber is pleased to announce officially their partnership with Victory Marine for the Seabird/ E1 Series project, a new and exciting event that was launched last Monday 21st September in Monaco.

The E1 Series is the world’s first and only electric powerboat racing series. The series was established to create an exciting, competitive racing platform to promote sustainable electric watercraft and reduce the environmental pressures being placed on the ocean, rivers and lakes.

The UIM E1 World Electric Powerboat Series will see up to 12 teams competing on the water in spectacular global race locations. The pilots will tackle tight and technical circuits, reaching speeds close to 50 knots (93 km/h or 58 mph) behind the wheel of the RaceBird power boats designed by Sophi Horn of SeaBird Technologies and Brunello Acampora of Victory Marine.

Victory Marine Navy & Technologies is the official RaceBird Engineering and Manufacturing Supplier of the E1 series and Caponnetto Hueber is the official Hydrodynamics and Foils Engineers.

Brunello Acampora, CEO & Founder of Victory Marine describes the excellent contribution from Caponnetto Hueber to the project. “Efficient and safe hull and appendage design has been one of the constant values in thirty years of Victory Designs. To validate and develop our initial ‘divergent thinking concept’ for the RaceBird, we strongly wanted to renew and strengthen the cooperation between Victory and the experts Mario Caponnetto and Francis Hueber. Having them onboard this exciting design adventure is going to boost our performance, by all means”.

Mario Caponnetto, CTO & Founder, is very proud about this project. “Caponnetto and Hueber have always been a part and promoter in the sailing competition technological revolution, which brought incredible performances within the last decade.
We are very pleased to be able to transfer our expertise to the field of power boats, where the impact from a sustainability perspective can be huge.
The collaboration with Victory Marine on the Seabird/E1 series project can have an extraordinary influence on rethinking the way of maritime transportation.”

Francis Hueber, CEO & Founder, wants to highlight the support of the experts involved in the process. “We are delighted to work again with Brunello Acampora and his team of high-speed power craft experts. We will jointly develop the RaceBird prototypes of the Seabird and E1 series, using Caponnetto Hueber’s expertise in Foiling yachts created during the past 3 America’s Cups.
We firmly believe that the association will bring a sensational Foiling Craft that will demonstrate the potential of foiling and electric propulsion technology in the decarbonization of the nautical industry.

Using innovative hydrofoil technology, the electric RaceBird powerboats, will rise above the water’s surface, allowing for minimum drag and maximum energy efficiency.
Being lifted above the surface will not only improve performance, but also promote close and competitive racing with a reduced wake when following an opponent.

With the design now validated, the RaceBird has entered into the production phase with the expert engineers at Victory Marine concentrating their efforts and resources over the coming months on manufacturing a full fleet of race-ready electric powerboats.
The E1 Series was launched in 2020 by two close friends from the automotive world, Alejandro Agag and Rodi Basso.
Alejandro is a groundbreaking pioneer of sustainable motorsport, having created three electric racing series from scratch: Formula E, Extreme E and now the E1 Series.

Rodi Basso is an entrepreneurial aerospace engineer with a passion for the sea and innovation, with an impressive background in Formula One working with Ferrari, Red Bull Racing and McLaren (as well as time working with NASA). 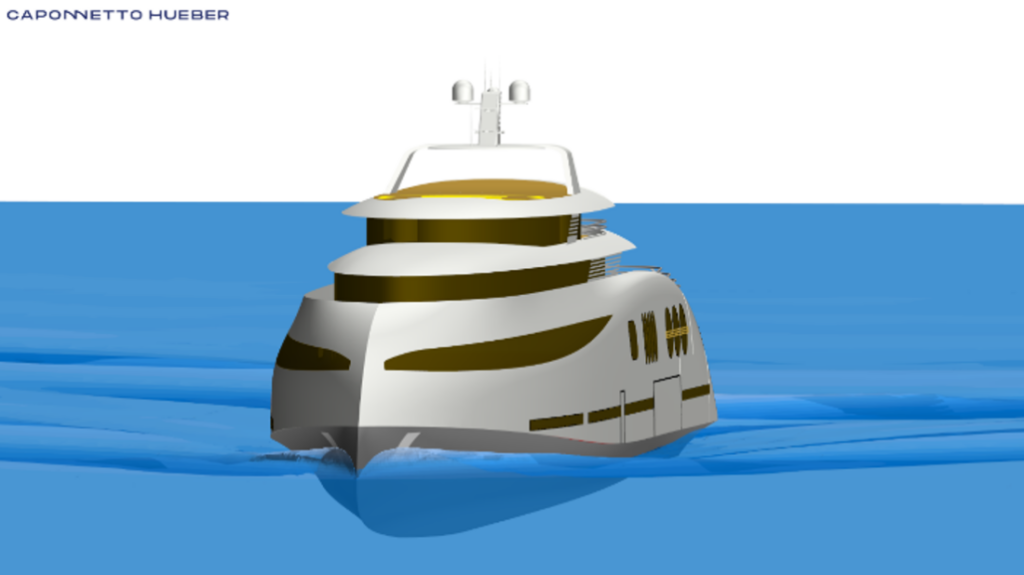